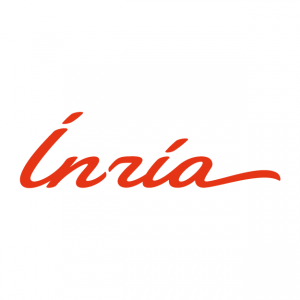 Established in 1967, Inria is the only French public research body fully dedicated to computational sciences. It is a national operator in research in digital sciences and is a primary contact point for the French Government on digital matters. Under its founding decree as a public science and technology institution, jointly supervised by the French ministries for research and industry, Inria’s missions are to produce outstanding research in the computing and mathematical fields of digital sciences and to ensure the impact of this research on the economy and society in particular. Inria covers the entire spectrum of research at the heart of these activity fields and works on digitally-related issues raised by other sciences and by actors in the economy and society at large. Beyond its structures, Inria’s identity and strength are forged by its ability to develop a culture of scientific innovation, to stimulate creativity in digital research.

Throughout its 8 research centres and its 220 project teams, Inria has a workforce of 2 400 employees (including 1600 researchers) with an annual budget of 231 million euros, 25% of which coming from its own resources.

Inria’s mission is to pursue excellent research in computer science and applied mathematics in order to play a major role in resolving scientific, societal and industrial challenges. Therefore, Inria actively collaborates with public and private bodies including strategic partnerships with large firms, SME’s technology platforms and industrial clusters. Technology transfer is further enhanced by helping to launch new companies (since 1984, about 160 companies have stemmed from Inria) and by forming partnerships with innovative SMEs.

The institute is strongly involved in programmes aimed at fostering scientific excellence, such as the European Research Council: 58 Grants. Inria makes a firm commitment to Horizon 2020, with which the institute’s strategic plan is aligned. The objective is to combine scientific excellence with a more focused consideration of major European and global societal challenges to which Inria can bring a key contribution. Inria is currently involved in more than 140 H2020 funded projects). Inria is also playing a lead role in the development of the Knowledge and Innovation Community (KIC) EIT Digital as host of the French node. EIT Digital’s ambition is to create for Europe a structure dedicated to technology transfer and innovation in the digital field. Besides EIT Digital, Inria is also a core partner of the KIC EIT Health.

This website uses cookies to improve your experience while you navigate through the website. Out of these, the cookies that are categorized as necessary are stored on your browser as they are essential for the working of basic functionalities of the website. We also use third-party cookies that help us analyze and understand how you use this website. These cookies will be stored in your browser only with your consent. You also have the option to opt-out of these cookies. But opting out of some of these cookies may affect your browsing experience.
Necessary Always Enabled
Necessary cookies are absolutely essential for the website to function properly. This category only includes cookies that ensures basic functionalities and security features of the website. These cookies do not store any personal information.
Non-necessary
Any cookies that may not be particularly necessary for the website to function and is used specifically to collect user personal data via analytics, ads, other embedded contents are termed as non-necessary cookies. It is mandatory to procure user consent prior to running these cookies on your website.
SAVE & ACCEPT
Go to Top