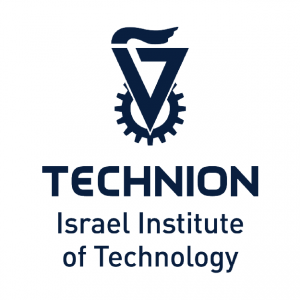 Founded in 1912, Technion-Israel Institute of Technology is Israel’s first university and its largest center of applied research. Technion is ranked among the leading technological universities worldwide.

A major source of the innovation and brainpower that drives the Israeli economy, Technion is the engine behind Israel’s renown as the iconic “Startup Nation.” Technion people, ideas, and inventions have made, and continue to make tremendous scientific contributions in fields such as medicine, sustainable energy, computer science, water conservation, and nanotechnology. It is one of a handful of technological institutes worldwide with a medical school, facilitating the rapid development of advanced therapies and devices, from the laboratory to the patient’s bedside.

Technion’s success is attributed to its unwavering commitment to excellence in education and research. The University is proud of its four Nobel laureates – Aaron Ciechanover, Avram Hershko, Dan Shechtman, and Arieh Warshel. Technion currently ties with MIT in 8th place for the number of Nobel prizewinners this century.

Technion offers degrees in all fields of science and engineering, architecture and town planning, medicine, industrial management, education, and environmental studies. It houses 18 faculties, 60 research centers and institutes, and 10 interdisciplinary research frameworks. There are 14,500 students (10,000 undergraduate and 4,500 graduate) and 550 faculty members. Since 1929, 110,000 degrees have been conferred. Technion City’s 300-acre campus sits atop Mount Carmel and encompasses 108 main buildings, with additional campuses located in Haifa and Tel Aviv.

Since Albert Einstein founded the first Technion Society in Germany in 1923, Technion’s worldwide network of friends has expanded worldwide to encompass 21 countries.

Technion International, home to the university’s global academic community, offers dedicated degree programs in English to international students. The university has academic agreements with more than 200 universities and research authorities around the globe.

In 2011, Technion and Cornell University partnered to establish an applied science and engineering institution in New York City: The Joan and Irwin Jacobs Technion Cornell Institute (JTCI). In 2013, Technion joined with Shantou University to establish the Guangdong Technion-Israel Institute of Technology (GTIT) in China.

The Technion Research and Development Foundation (TRDF) manages university research programs and performs testing and research services for industry and government. T3, the technology transfer arm of TRDF, takes the university’s game-breaking scientific ideas and matches them with investors and entrepreneurs, licensing intellectual property and supporting the establishment of startup companies.

This website uses cookies to improve your experience while you navigate through the website. Out of these, the cookies that are categorized as necessary are stored on your browser as they are essential for the working of basic functionalities of the website. We also use third-party cookies that help us analyze and understand how you use this website. These cookies will be stored in your browser only with your consent. You also have the option to opt-out of these cookies. But opting out of some of these cookies may affect your browsing experience.
Necessary Always Enabled
Necessary cookies are absolutely essential for the website to function properly. This category only includes cookies that ensures basic functionalities and security features of the website. These cookies do not store any personal information.
Non-necessary
Any cookies that may not be particularly necessary for the website to function and is used specifically to collect user personal data via analytics, ads, other embedded contents are termed as non-necessary cookies. It is mandatory to procure user consent prior to running these cookies on your website.
SAVE & ACCEPT
Go to Top